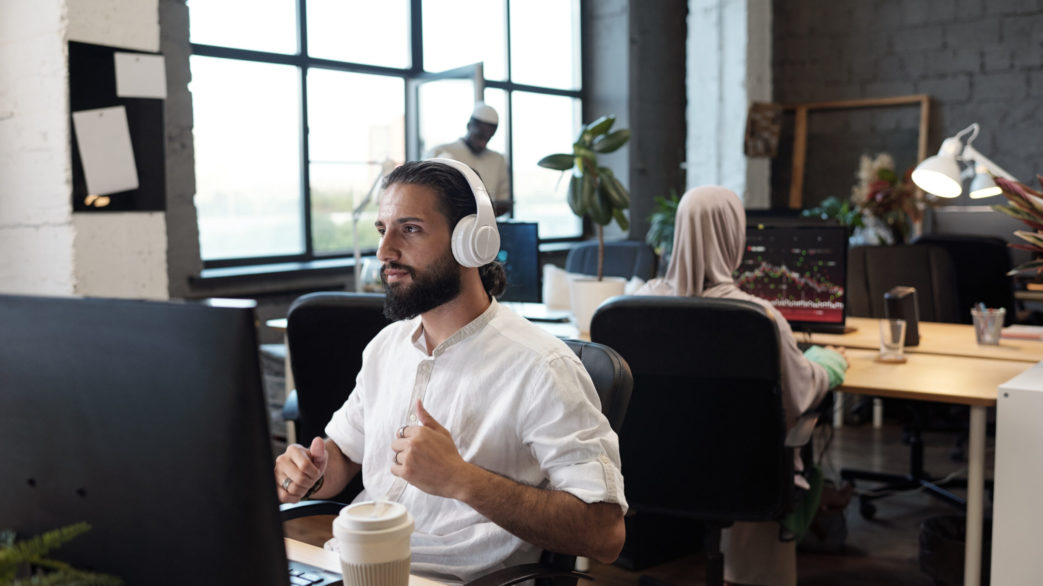 By admin on Business and Management

Music may help a long shift pass more quickly, and for some employees, music is more than just enjoyable. They can overcome a chemical shortage by listening to music.

According to CNN, people with the adult form of attention deficit hyperactivity disorder (ADHD) have trouble focusing on work activities because of a lack of the brain chemical dopamine. Hearing music stimulates the production of dopamine in the brain, thereby repairing the shortage. For someone who struggles to concentrate during the day, music may be the difference between getting something done and extending the deadline yet another day.

Researchers constructed a playlist that includes well-known songs like Van Morrison’s “Brown Eyed Girl” and the Beatles’ “Yellow Submarine,” as detailed in an article published by Fast Company. Employees were better able to make collective judgments when such songs were playing as opposed to when they weren’t.

Music can also assist you in defining the culture of your firm. If you want new employees and visitors to think of your company as solemn and serious, music that fits that description could help set the tone. If your work, on the other hand, should be regarded young and trendy, a playlist dominated by hip hop or current singles may be able to help you convey that message.

Is it better to have lyrics or not?

Choosing the proper tunes for the office takes a lot of skill, and the music that works in one office could not work in another. As a result, there is no universally applicable “office music playlist.” You’ll need to consider the dynamics of your workplace when making your decisions.

One of the first things to think about is the lyrics. It’s likely that lyrics will obstruct the job of your team if they are required to execute very detailed labour.

Researchers assessed the performance of 102 participants in a study published by IOS Press, and discovered that music with lyrics had a substantial impact on concentration and attention. Instead of paying attention to their work, the workers spent time decoding the lyrics, which hampered their performance.

According to Undercover Recruiter, music with lyrics could be a problem for human resources. Some genres, such as hip hop, feature lyrics that some may find offensive or harmful, which necessitates using a service that screens and filters lyrics (such as Cloud Cover Music) to ensure that they are safe for all listeners.

However, some listeners may find music without lyrics to be too dull or vanilla, and they may be tempted to sneak in their own headphones to listen to music they genuinely appreciate.

According to Undercover Recruiter, music with lyrics could be a problem for human resources.

Is it better to go fast or slow?

Music comes in a range of tempos, so you’ll have to figure out which is best for your office. Fast music may be helpful if you want your employees to work a little faster.

Researchers from Ohio State University discovered that employees walked a little faster when listening to faster music than when listening to slower music. These findings show that people who perform manual labour may benefit from a faster playlist, allowing them to accomplish more in less time.

However, some people may find this type of music to be stressful. A slower tempo of music may appear pleasant to them, allowing them to deal with the challenges of work without feeling driven to do even more.

Employees listen to music for nearly a third of their workweeks, according to research published in the journal Musicae Scientiae, and most listen to a wide variety of music for offices. Your staff may be able to tell you about their favourite workplace music. They could even be willing to lend you their playlists.

Examine the alternatives you’ve been given and consider how the music will sound if it’s played around the office. When you’ve decided on a theme, let your employees know.

Your employees might be shocked to learn how much they enjoy your music programme. They might even ask for a copy of your playlist so they can listen to the same songs at home.